A report published in the journal Current Biology describes the roles of GABA in learning related brain activity. It is a neurotransmitter that affects many aspects of health, especially emotional and physical stability and plays a crucial role in learning and memory. It is prominent in regions of the brain like the hippocampus responsible for memory formation.

The report offers a strong rationale for the use of interventions that decrease/increase GABA in a localized region in conjunction with rehabilitation for patients suffering with motor learning difficulties. 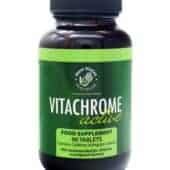 A recent study published in the Journal of Preventive Cardiology addresses the health benefits of green tea in reducing the risk of atherosclerotic cardiovascular disease. It is an excellent anti-oxidant. Vitachrome Active, is a popular holistic supplement. It has been used to help the body deal with stress and is often used to improve stamina and energy levels. Ideally a CAM Provider can evaluate people’s health requirements and create a helpful strategy to achieve wellness goals. The article discusses the benefit of green tea and how its protects the cardiovascular system. 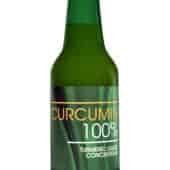 The skin is the barrier that segregates the body from the outer environment. It protects the body from water loss and microorganism infection. As it is the largest organ of the body, the skin shows obvious signs of aging as a person grows older.
Skin aging is a complex biological process which is influenced by a combination of intrinsic (genetics, cellular metabolism, hormone and metabolic processes) and extrinsic (chronic light exposure, pollution, ionizing radiation, chemical toxins) factors. One of the primary reasons for skin aging is free radical damage.
Turmeric is a native Asian plant and has been used in Ayurvedic medicine for around 4,000 years for its health benefits. Research has shown that Turmeric may have a range of benefits for the skin including protecting us from premature aging. Studies suggest that natural constituents of turmeric juice, especially curcumin, may possess particularly strong antioxidant activity, and may directly reduce skin aging – including preventing moisture loss and protecting against wrinkles.
The New Vistas pure, organic Turmeric Juice is carefully harvested and preserved to retain vital phytonutrients and active ingredients. Our Turmeric Juice is the most complete and active form of turmeric. It is the blend of active curcumin and its essential oils that make our pure Turmeric Juice a powerful antioxidant and a beneficial food supplement.
Take one tbsp. daily. It can be taken directly or mixed in water or juice. It is best taken in the morning, preferably on an empty stomach, to aid maximum absorption.

As well as benefitting skin aging, turmeric juice it has many other benefits for optimal health due to its anti-inflammatory potential. The polyphenol compound, curcumin, alone or combined with other agents, could represent an effective drug for cancer therapy.

A very interesting study carried out by Antonio Giordano and Giuseppina Tommonaro was published in Nutrients. 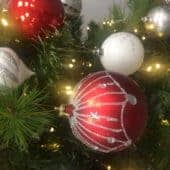 We would like to thank all our loyal, kind and enthusiastic customers for their support, encouragement and consideration throughout 2019. The natural healthcare community is a fascinating and hugely rewarding experience for all involved and we are grateful that we can still play an important role in establishing optimal physical, emotional & spiritual well-being responses. we look forward to many more productive years. Our Irish and UK office will close on Friday December 20th. There will be no deliveries or web orders processed until we return on Thursday January 2nd. For any urgent needs please contact your local Health Store who may stock what you are looking for.

Wishing you all great health and heartfelt joy for 2020.

A study published in the Journal NeuroImage outlines the correlation between occipital GABA and cognitive failure. We are pleased to announce the release of our second food supplement from the new Whole Health range. Rich in blended vitamins and amino acids, this support aims to nourish mental activities such as thinking, learning, memory and judgement. Similar to Whole Health Immune Complex, this easily absorbed liquid nutrition helps strengthen and reinforce resources. Amino acids are commonly called the body’s building blocks, essential for growth, repair, healthy metabolism, hormones and production of neurotransmitters. Vitamin D3 supports immune responses and can regulate moods. Vitamin C known for its antioxidant effects, helps clean up a toxic environment. B vitamins are essential to help balance neurotransmitters and for optimum brain function. Such nutrients are particularly valuable during times of stress or illness. Blended together with GABA and Magnesium Citrate, this new supplement should be tried for its restorative properties as it may help with symptoms of irritability, restlessness, stress and lack of focus.

Ideally, a CAM Provider can evaluate people’s health requirements and create a helpful strategy to achieve wellness goals. The article discusses the role of GABA in cognitive health. 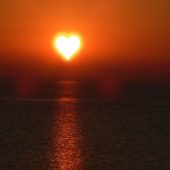 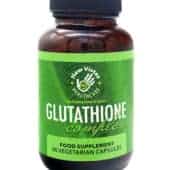 Recent studies have shown that children with autism spectrum disorder have significantly lower levels of glutathione than typically developing children. A study published in the Journal ‘Medical Science Monitor’ examines the use of glutathione supplement and their efficacy in increasing blood glutathione levels in those with the disorder.

The results suggest that oral and transdermal glutathione supplementation may have some benefit for those with autism spectrum disorder. 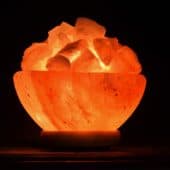 As far back as 6050 B.C., salt has been an important and integral part of the world’s history as it has been interwoven into countless civilizations. Even today, the history of salt touches our daily lives. The word “salary” was derived from the word “salt” as in ancient times, salt was highly valued, and its production was legally restricted, so it was historically used as a method of trade and currency.
Salt or sodium chloride is an essential element in the diet of not only humans but of animals, and even of many plants. The human body needs sodium for respiration and digestion and without it, we would be unable to transport oxygen or nutrients, transmit nerve impulses or move muscles. The human body regulates how much sodium it contains – if levels are too high, we get thirsty and drink, and the kidneys speed up the process of getting rid of it. Too much sodium has been linked to kidney stones, high blood pressure and cardiovascular disease while too little sodium can lead to hyponatremia and symptoms of dizziness, confusion, muscle twitches and seizures.
When humans ate primarily wild game, we ingested enough salt to meet our dietary needs; however, as our diet changed to mostly cultivated crops, we needed to supplement salt. Salt has long been used for flavouring and for preserving food. It is undoubtedly a vital element to the preparing and cooking of food but there are many other uses for salt. Salt is also used in tanning, dyeing and bleaching, and in the production of pottery, soap and chlorine. Today, it is widely used in the chemical industry. From organic home-cleaning and stain removal hacks to beauty scrubs and throat gargles, there are so many practical applications for salt.
Himalayan Pink Salt is a salt with many health benefits. It’s pure and natural and contains over 80 trace minerals that the body needs. Found near the Himalayan foothills in a region of Pakistan, pink Himalayan salt gets its characteristic rosy hue from a wide range of trace minerals including iron, manganese, magnesium and potassium.
Because Himalayan Pink Salt is so mineral rich, soaking in a solution of salt and water helps to instil the skin and body with minerals. The Himalayan Bath Salt Crystals help to relax and unwind, while absorbing all the valuable minerals. Those who suffer with arthritis, sore muscles, stiff joints or a variety of other aches and pains will benefit from a Himalayan saltwater bath.
Himalayan Salt Lamps are large pieces of pure Himalayan salt with a small bulb inside and there are many benefits to having one. Salt is hygroscopic, so the lamps attract water molecules from the air; this means that the lamps trap dirt, pollen and smoke particles which are carried in water vapor. Once these airborne contaminants have been locked in the salt, clean water is released and thus it has a purifying effect on the air.
Salt lamps are natural negative ion generators. Negative ions occur often in nature and are created by things like sunlight, ocean waves, waterfalls and lightening storms. We are embedded in a vast sea of electromagnetic (EM) radiation emitted by our electronics. Nobody knows what the long-term effects of EM exposure will be but what is known is that constant EM exposure can cause chronic fatigue, increases stress levels and decreases the body’s immune response.
Negative ions generated from a salt lamp can neutralise positive ions as they bond together and help cleanse the air. Additionally, salt lamps offer a soothing glow that many people find relaxing. 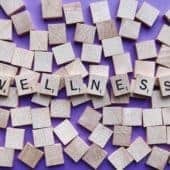 International Stress Awareness Week takes place in the first week of November. The Week was created to raise awareness about stress prevention and the importance for individuals and organisations in order to ensure that those who are suffering from stress know where to go to seek advice.

The Week also provides an opportunity for CAM Providers to showcase their skills, engage in dialogue with businesses and individuals in their local area as well as delivering workshops and presentations.

A study published in the Journal ‘Future Science OA’, addresses the effects of stress on health. 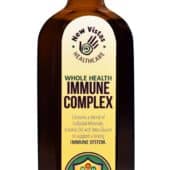 Whole Health Immune Complex is a reliable way to help enhance and strengthen your immune system’s natural responses. Taken daily, this colloidal mineral food supplement is easily absorbed providing important cellular nutrition that provides energy, stamina and strengthened defences against seasonal pathogens. A primed immune system also stands stronger against environmental toxins and other offending agents which can leave people feeling jaded and uninterested. Digestive ailments, blood disorders, recurrent infections and chronic inflammation are markers of impaired immunity. If left unaddressed, such symptoms can become harder to clear or take longer to return the body to its state of balance.

Stress is another factor which lowers the body’s vitality and reduces optimal functioning of the immune system. Whole Health Immune Complex also provides Vitamin D and a pharmaceutical-grade Beta-Glucan, supporting anti-inflammation properties and nourishing natural immunity. The formulation has been tested in clinic settings, with both preventative and therapeutic objectives key to its emergence.

Shield your family this Winter and notice the benefits of colloidal nutrition. 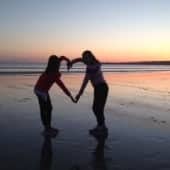 A placebo-controlled, randomized study of a nutritional supplement containing red yeast rice in subjects with newly diagnosed dyslipidemia, published in the Journal of Nutrition supports supplementation to reduce LDL cholesterol. 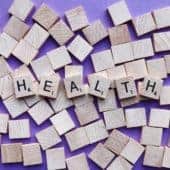 Considerable scientific evidence implicates oxidative stress in the pathophysiology and many health complications of the human body. The book ‘Biochemical Ecotoxicology’ by François Gagné, Chapter 6 addresses this topic. Oxidative damage arises when the production of reactive oxygen species overwhelms the innate antioxidant defences. At high levels reactive oxygen species can cause damage to biological molecules, leading to loss of function and even cell death. Antioxidant health supplements may play an important role in maintaining cell homeostasis. A suitable CAM Practitioner can provide excellent guidance on the use of health supplements so that individual needs can me met and monitored.