The CORE-Hom Database which has been published recently will be an invaluable store of information for researchers, prescribers, practitioners, patients and users of homoeopathy. The database, prepared by Jurgen Clausen and Colleagues is hosted by the Carstens-Stiftung Foundation. The listing consists of more than 1,000 Clinical Trials on various homeopathic preparations utilising a range of homoeopathic […]

The European elections of May 2014 will give voters a chance to influence the future political course of the EU. The European Parliament is considered a crucial and accessible partner for ECHAMP’s advocacy activities. ECHAMP contests for suitable regulation for homoeopathy and anthroposophic medicinal products and fights for freedom of choice in healthcare. Read manifesto […] 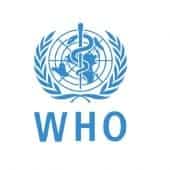 The European Parliament recently held a meeting to discuss the role of CAM in helping reduce the need for antibiotics. Both the World Health Organisation and the European Commission have identified antimicrobial resistance as a major crisis facing today’s health systems. Read more on the presentations given.

Homoeopathy second most popular complementary therapy in the Netherlands

In Holland the National Bureau of Statistics has published some data on CAM Therapies.  Acupuncture and Homoeopathy are among the most popular therapies. Some 6% of the population consulted a CAM Provider in the years 2010 to 2012, mostly women, well educated aged between 30 and 65. Read more.

In her foreword to the report, Dr Margaret Chan, states that the objective is to support member states in harnessing the potential contribution of traditional and complementary medicines to the health and wellness of the population. Read more. To read the full report, please follow the link – Traditional Medicine Strategy 2014-2023 Dr. Chan is […]

European Commissioner for Health, Tonio Borg recently attended the European Parliament to address two groups, MEPs for Complementary and Alternative Medicine  and MEPs against Cancer. In his speech Mr. Borg stated that it was the Commissions Policy that every European citizen should have the medicine of their choice. He underlined the importance of innovative medicines and traditional […]

In a new publication, the European Commission has called on member states to prioritise and modernise their social support programmes for the populations. The document titled “Investment in Health” outlines the commissions views and ambitions which cover such matters as sustainable health systems, investment in human capital and the need to reduce inequalities in the provision of […] 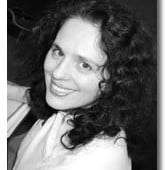 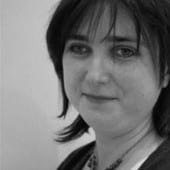 Gemma Hoefkens, a school registrar from London, who was diagnosed with cancer at the age of  26, tells us of her fight with cancer and how she was sent home to die by her consultant. Gemma is now a full time practicing homeopath with her own clinic and in this document Gemma gives an insight […]